A Rubbish Day Out ! 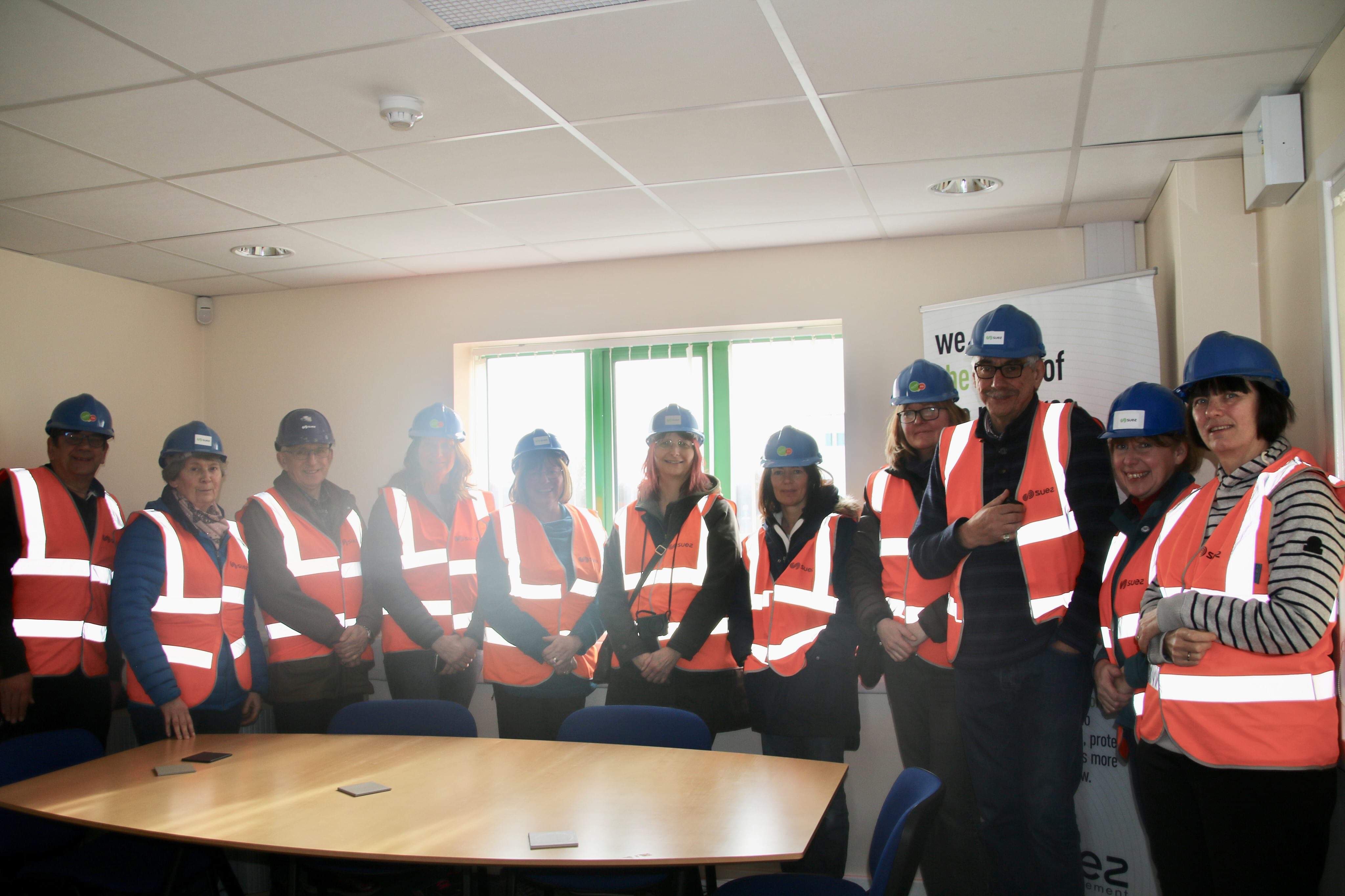 In 2006, Northumberland County Council signed a contract with SUEZ Recycling and Recovery UK Ltd for a 28-year waste private finance initiative. The overall contract is to divert 92% of all of our waste from landfill by ensuring that at least 45% of waste in the county will be recycled and 47% will be used to generate electricity. Around 75,000 tonnes of non-recyclable household waste is sent to Teesside each year to be burnt to make electricity, which is then put back into the National Grid. 50,000 tonnes are separated and sorted in the West Sleekburn facility.

At this facility, the following are of value and should be put in your bin for recycling;

Cardboard and paper, including large items such as delivery boxes, but NOT the plastic inside;

Newspapers, magazines and catalogues (but not plastic sleeves)

All plastic bottles with the tops screwed on (milk, pop, cleaning products, toiletries) 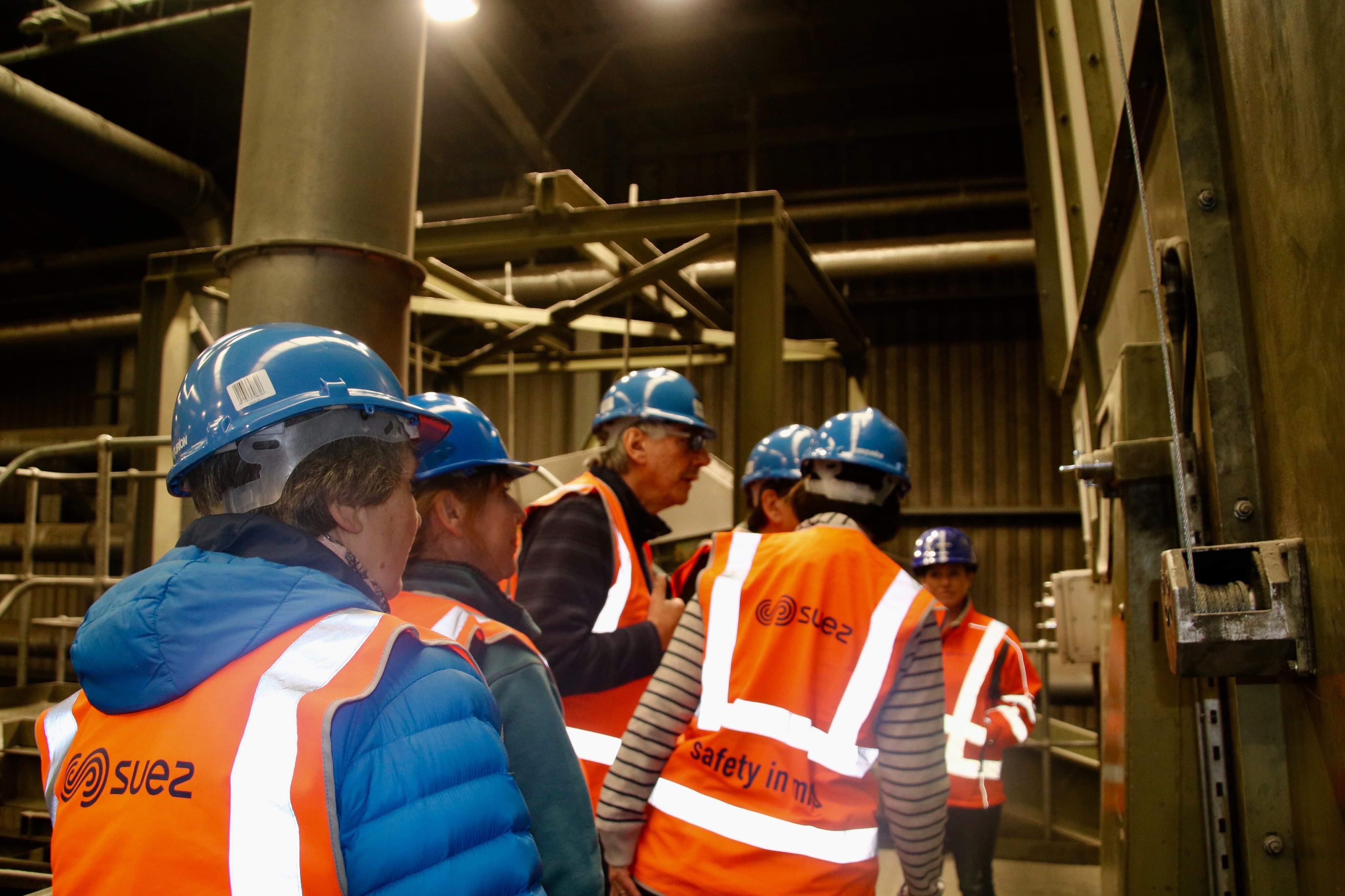 After donning hard hats and high-viz vests we set off around the facility. The first thing we noticed was the amount of plastic on the conveyor belts that shouldn’t be there. Hundreds of carrier bags, food trays, tissues and shredded paper. There was even a dead pheasant, which is clearly not suitable for recycling. The level of contamination can cost the facility as they may have to stop the process to clean up. Manual workers were sorting through the rubbish as it passed along the belt. Again, not great when dirty nappies and food waste pass by and have to be removed by hand. The waste passed through several stages including the ‘trommel’ (like the inside of a giant tumble dryer) and a powerful magnet to separate tins and cans. The end process was bales of paper, plastic and metal, which are sold to buyers to recycle.

What did we learn ?

It’s pointless to study labels on packaging to see whether it is recyclable. Whilst the bottom of a plastic meat tray or yoghurt pot might say it is recyclable, in Northumberland it is considered low grade plastic and sent off for burning.

Instead try to put all plastic bottles in the recycling bin with tops screwed on. All other plastic waste should go in the general waste, including plastic bags.

If you shred personal documents, they should go in the general waste too. Shredded paper does not recycle well, and causes a mess in the facility.

Tins and cans should be washed wherever possible and left to dry before putting in the bin, as moisture can cause problems.

No organic matter should ever be put in a recycling bin.

Glass, tetrapacks and other large items should be taken to a local waste recovery unit.

The visit was fascinating, and it is better to avoid landfill wherever possible, especially by recycling. However, reducing your use of plastic is still better for the planet. Burning plastic to make electricity also produces waste. REDUCE, REUSE and RECYCLE, in that order. 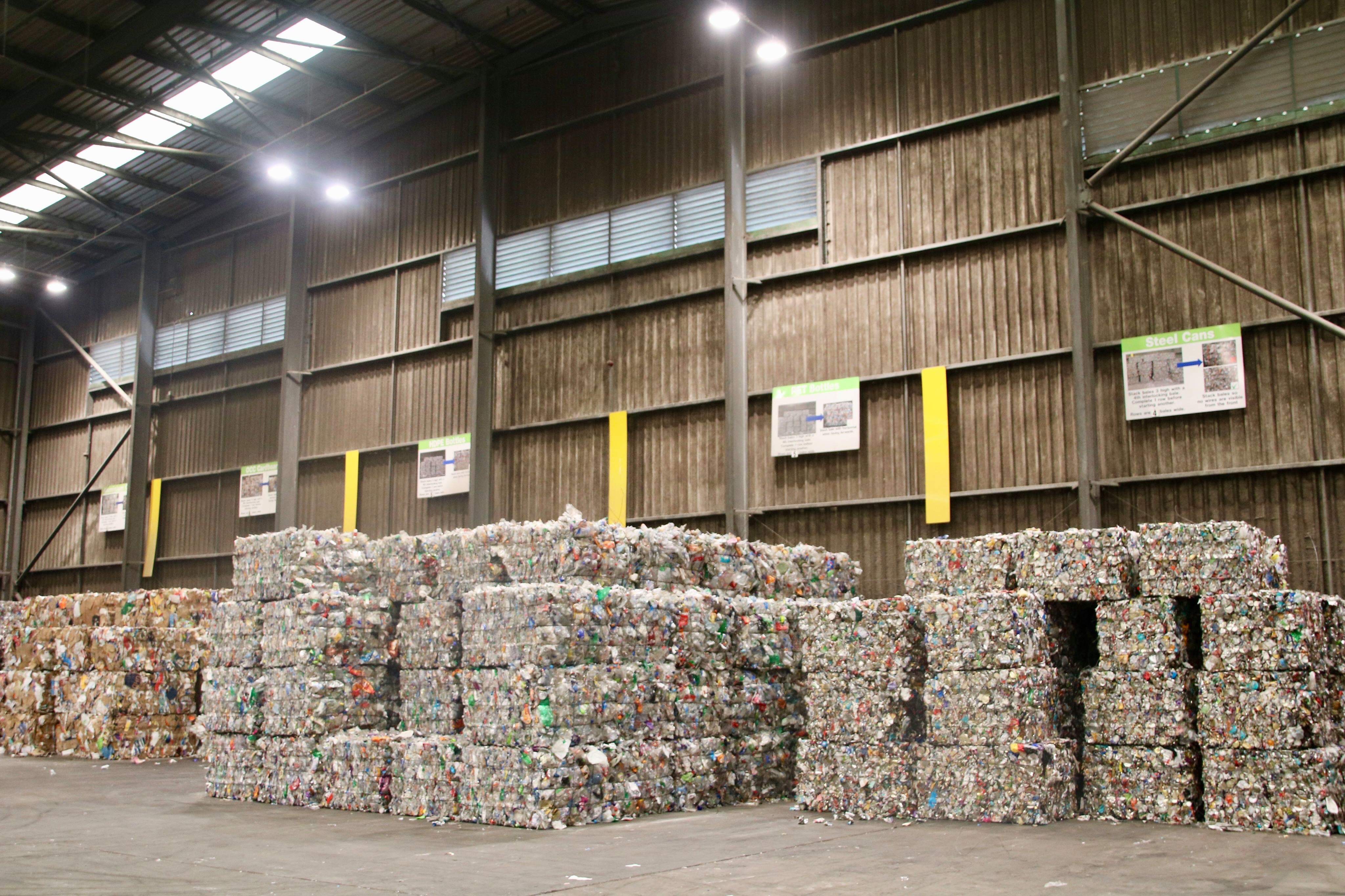