Our most recent plant survey at Embleton Quarry Nature Reserve uncovered 23 species that we haven’t seen there before.

Once back from lockdown, the priority for Coast Care staff and volunteers was to carry out plant surveys at a range of sites across the AONB. We revisited places where we have carried out practical conservation work in the past, as we wanted to see what impact our work has had on local biodiversity. Embleton Quarry Nature Reserve was the last place we surveyed, on 19th August.

Our work at Embleton has helped the local Parish Council and community to regenerate this ex-Whinstone quarry and landfill site into a Local Wildlife Site that benefits both people and nature. 35 volunteers have spent 502 hours on a variety of practical tasks at the quarry since 2019. Coast Care recruited a graduate trainee who has spent over 220 hours working on practical conservation tasks and creating a site management plan. On top of this, a further 14 volunteers have given 165 hours to carry out wildlife surveys, including our most recent plant survey. Our graduate, Ellie Coleman, wrote a blog about a bioblitz she held last August. Read it here. 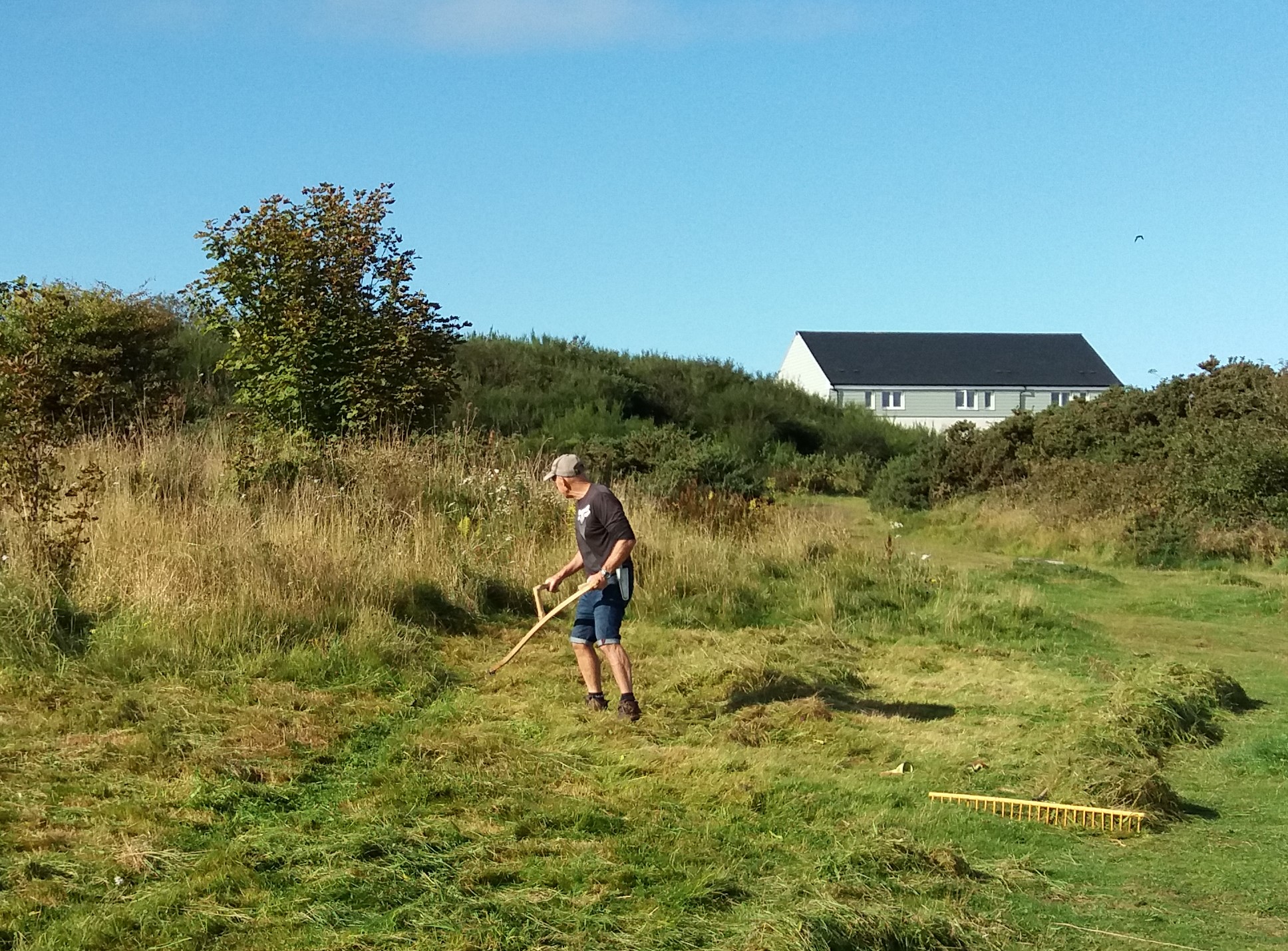 Practical conservation volunteers have been involved in many different tasks 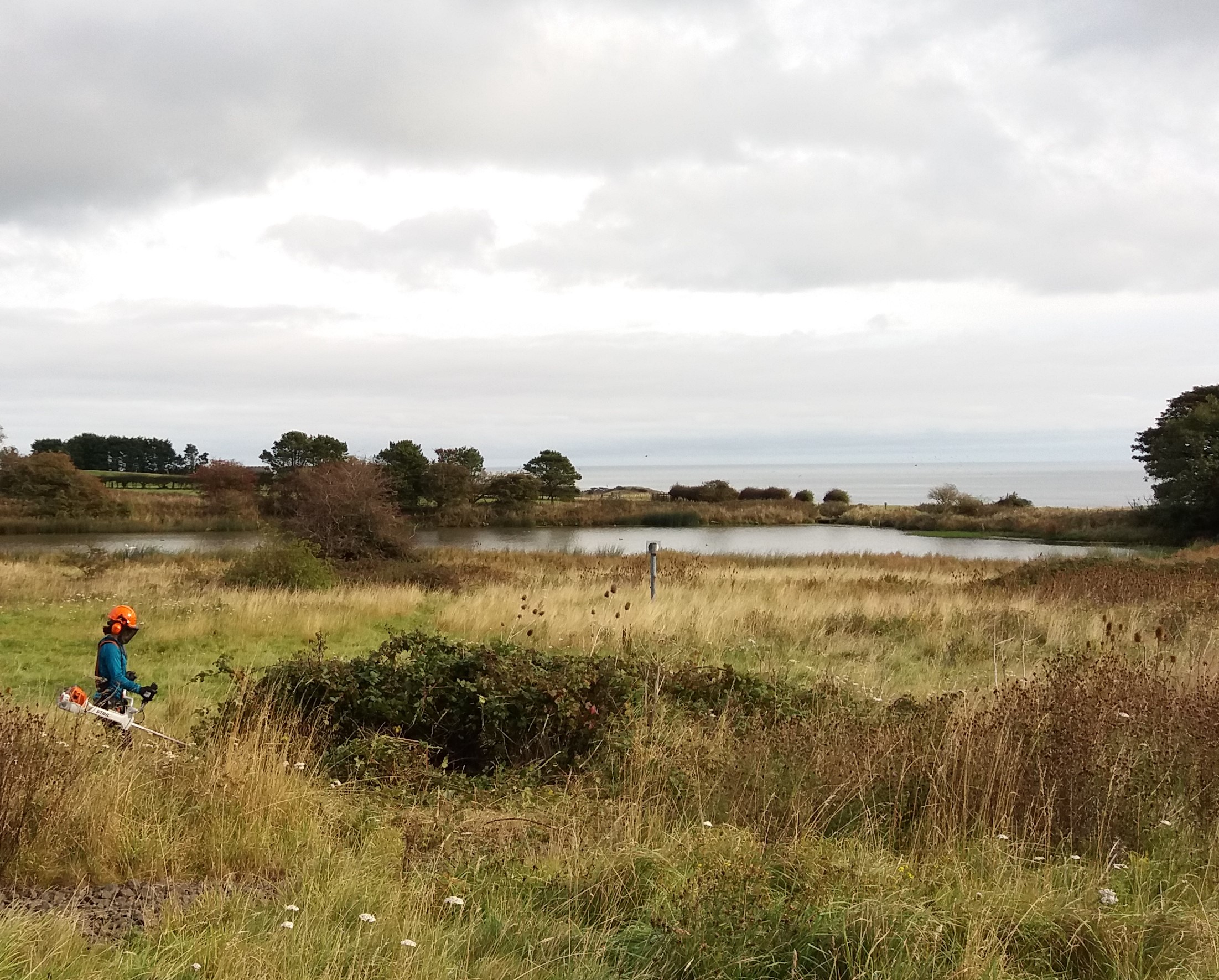 Practical conservation work at the quarry

Thankfully, this survey has proved that this mammoth team effort has been well worthwhile! The team concentrated on two small areas of the quarry, as shown on the map below, and recorded 58 species, a wonderful result. 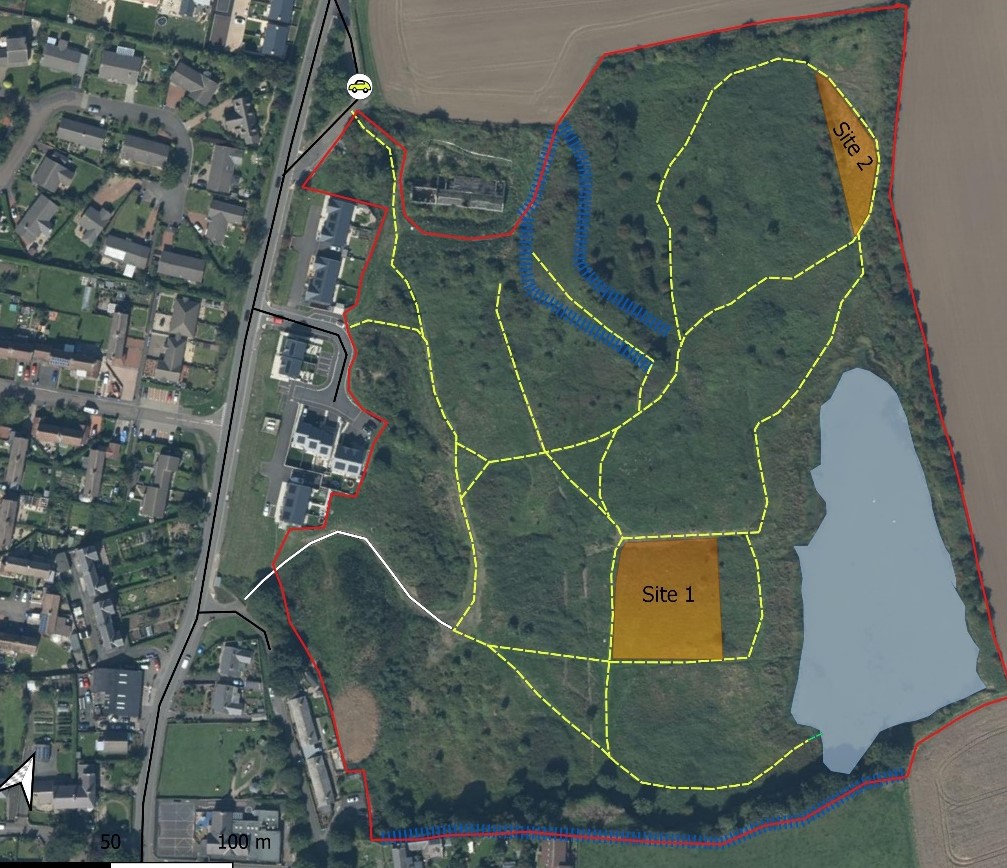 The areas focused on for the most recent plant survey

The icing on the cake though is that 23 of these species hadn’t been found during previous Coast Care surveys. We can’t say whether these species are new to the site or whether they were missed previously, but either way its great news. Both areas are spots that the practical conservation team have focused their efforts, so it’s possible that these new species have been able to colonise the area because of their hard work.

Black Knapweed was common at both sites. It’s a very widespread plant, but its bright purple flowers are great for butterflies, including Common Blues, Marbled Whites and Meadow Browns. Other frequently recorded plants were Red Clover and Creeping Thistle at Site 1 and Hawthorn and Ribwort Plantain at Site 2.

This latest survey brings the total number of plants we’ve recorded at the site to over 120. This variety is fantastic, and will be felt throughout the food chain. Hawthorn alone can support 300 insect species, and provides food and shelter for many of our favourite birds. Bird’s Foot Trefoil provides food for the Common Blue butterfly during its larval stage. This is just one of at least 16 butterfly species seen at the site during the summer. There are plenty of willow herbs, which attract a range of important pollinator species, and Northumberland’s county flower, the Bloody Cranesbill can also be found on the exposed areas of Whin Sill. We’ve recorded five species of orchid too, which are a real highlight for visitors to the quarry. Unfortunately we didn’t spot any Bee Orchids this year, possibly because of the very dry Spring we saw in the region.

A Bee Orchid - one of the rarities found at the site

To hear more about our work at Embleton Quarry Nature Reserve, tune in to the Natural History Society of Northumbria’s new series of online talks. On October 23rd at 6:30pm, ex-Graduate Trainee Ellie Coleman will be discussing her time at Embleton and what it taught her about how to balance wildlife conservation with the needs of the local community. Find it here.