4 months in the life of a Project Assistant 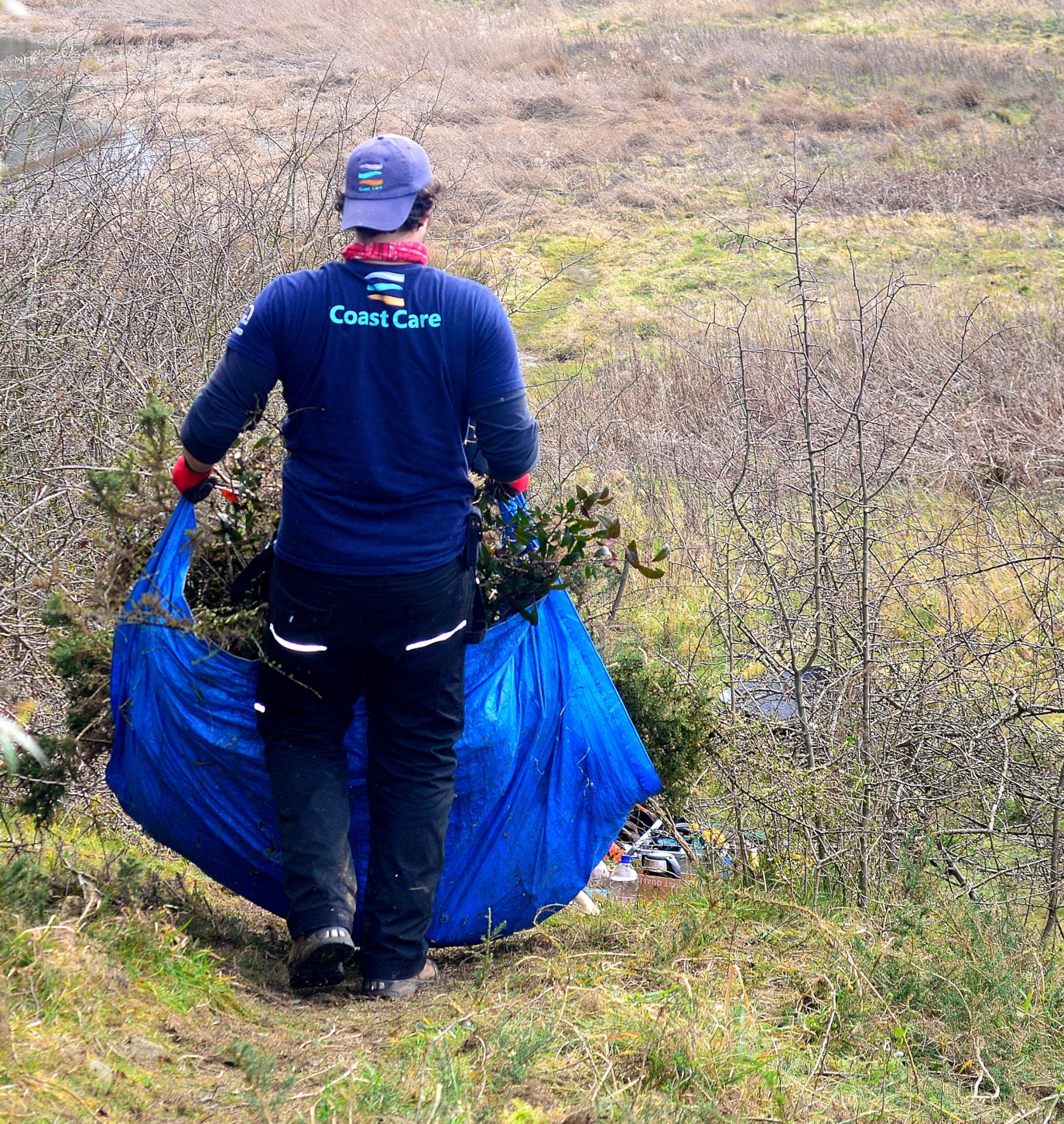 Well, my first few months with Coast Care have flown by!

It’s been brilliant to have been welcomed in by Becky and Anna and all of the amazing volunteers. I’ve been beyond impressed by the amount of work that has been achieved by everyone both before I began back in January and since then as well! I’ve absolutely loved the range of activities and amazing sites I’ve had the opportunity to lead volunteers at, so I thought I’d try and sum up some of the activities I’ve been fortunate enough to lead or be involved in over the past four months in this blog post: 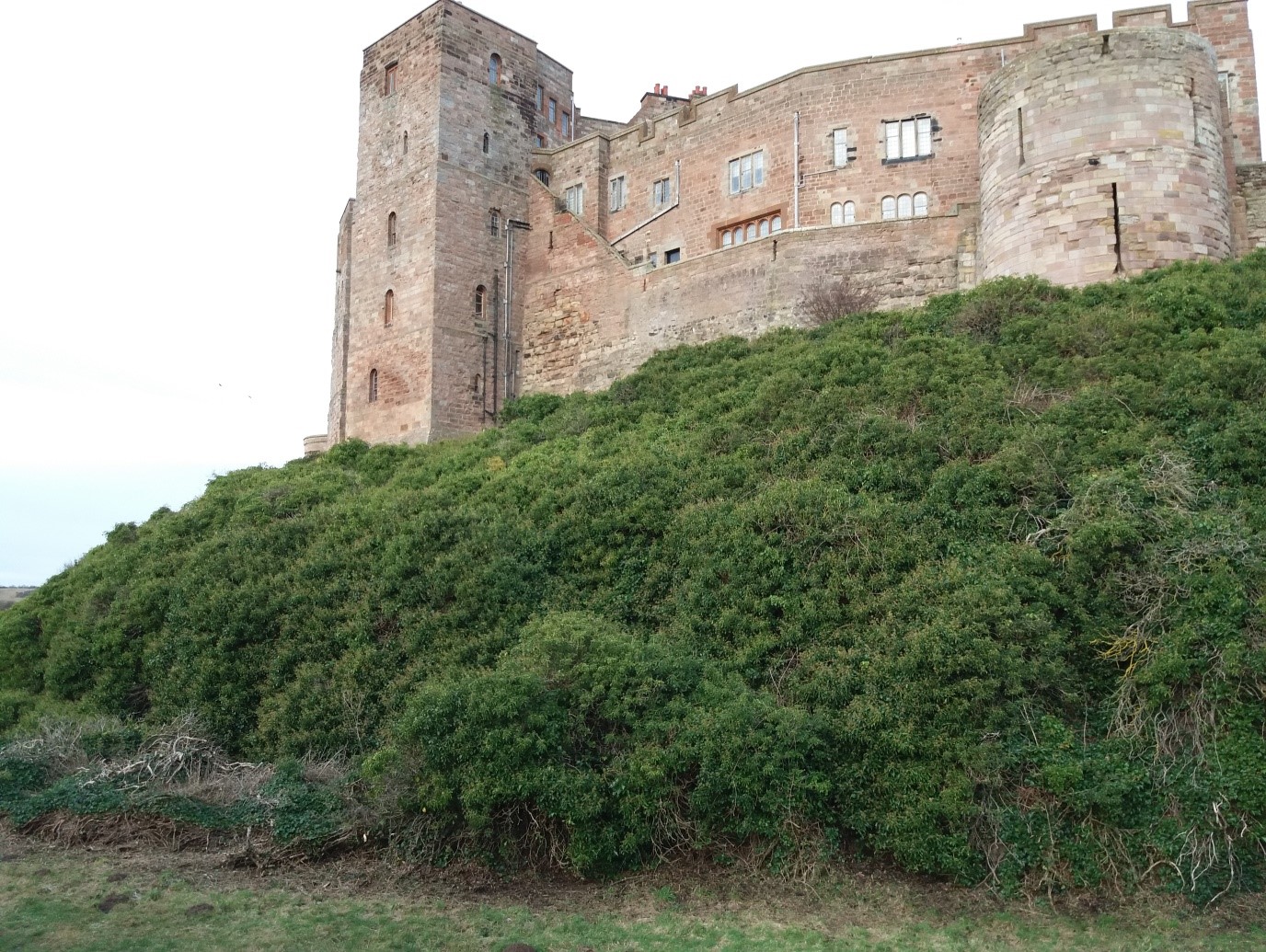 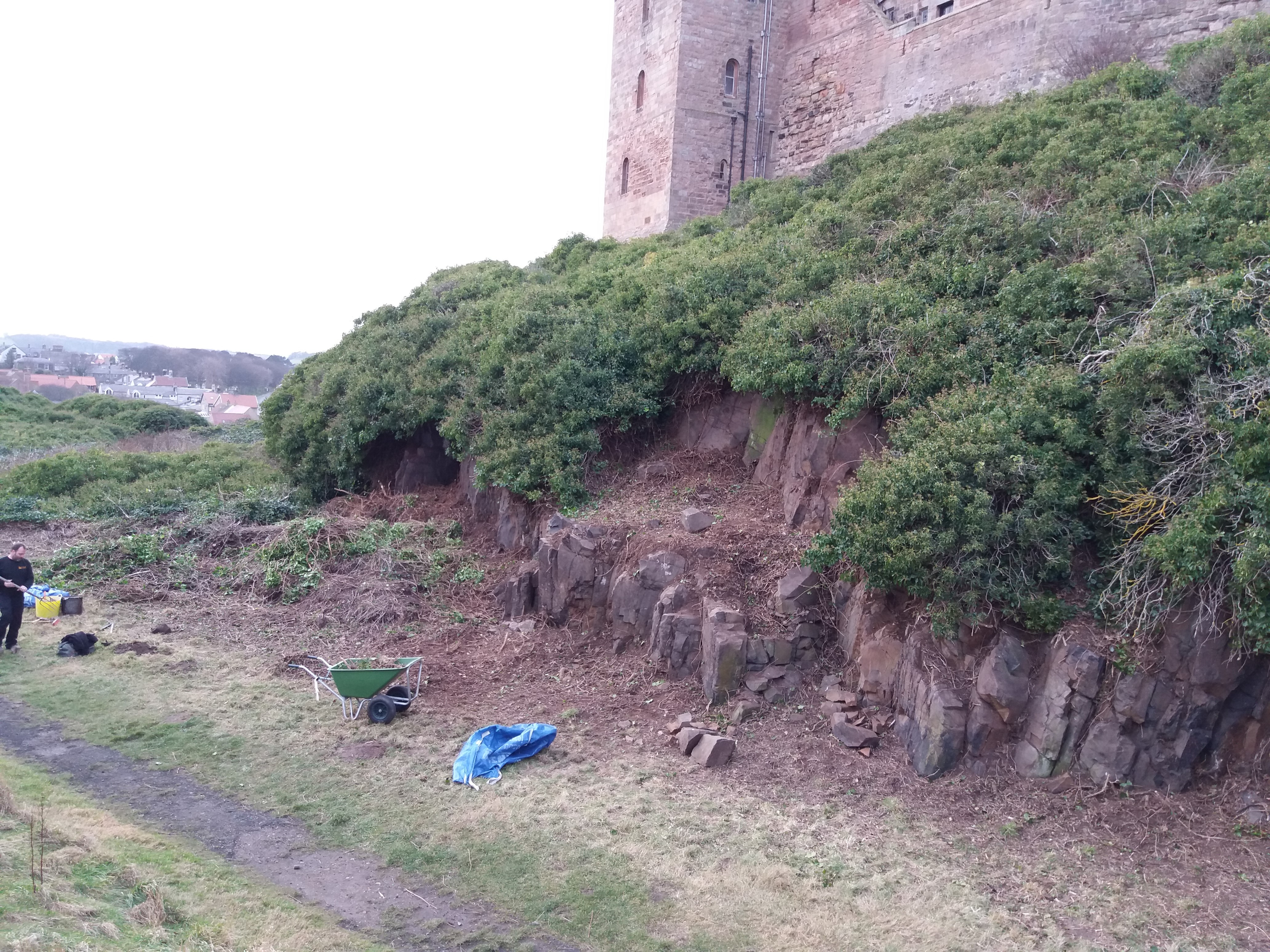 As you can see from the photos, the work that has been done at this site to remove the ivy cover to allow the whin sill soil and plants to recover after over 50 or more years of ivy overgrowth is amazing. To think that when we started the activity with the Young Rangers back in late January, there was over two metres depth of ivy cover in many parts. While working there all the volunteers and us staff from Coast Care have noticed how much the ivy has crowded out all other plant species and how worryingly few insects are in the soil and among the ivy itself. This is a real indicator of how when one species of plant can successfully dominate a habitat, it reduces the diversity not just of competing plants, but of invertebrate life too, which in turn means that there’s not enough food for mammals and birds to feed on and feed their young too. We’re all really looking forward to returning to the ivy clearance activity in the autumn once the breeding bird season is over, and also seeing what plants recover in the soil through the summer now the ivy has been cleared from a section. 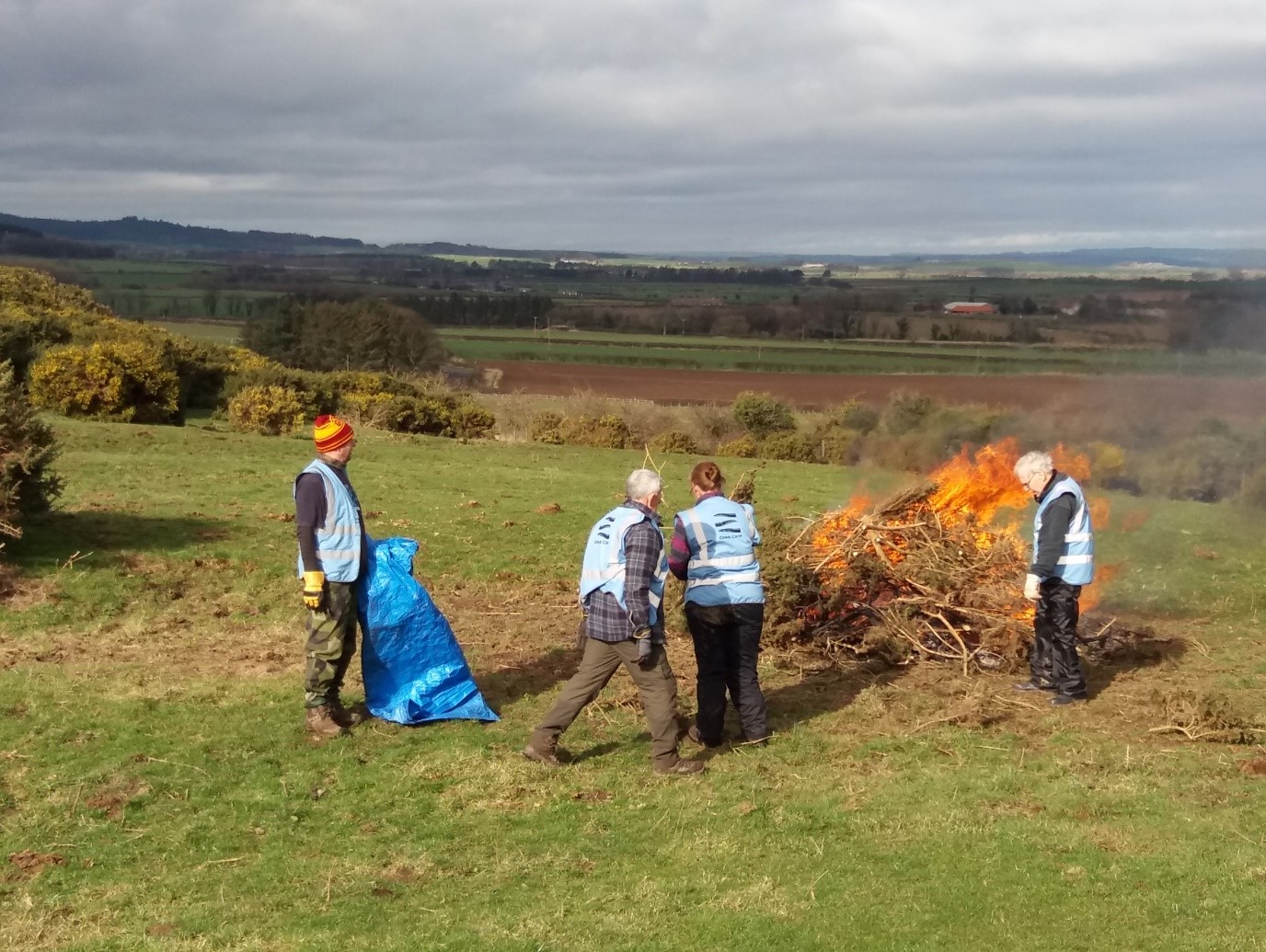 Kippy Heugh holds a special place with me, as it was the first site I got to go to with Coast Care. After I was offered the role of Project Assistant (Training and Conservation), I came up to Kippy to join in with a volunteer group as a bit of a practical taster session. The site itself may be tricky to get up to work on (I’ve formed a love/hate relationship with the Coast Care trolley!), and it is not open to the public as it is on grazed farmland with cattle and sheep, but my word, the view is something special as you can see. The volunteers I’ve been on task with will back me up on it I am sure! Clearing the gorse is a two stage exercise – first is cutting, dragging and burning the gorse, the second is picking out the splinters at the end of the day when you get home! I’m glad that we all wear the correct PPE - I’d hate to think of how we’d look if we didn’t have it!! But just like at Bamburgh Castle, it’s amazing to see how dominating the Gorse can be to the detriment of the floral diversity of the whin sill. I’m looking forward to popping back onto site in the late spring and summer to photograph the site to see what plants are recovering now the gorse isn’t suppressing them. Likewise, I’m looking forward to seeing what more we can tackle after breeding bird season is over in the autumn!

Clearing Sea Buckthorn is not for the faint-hearted! I use the thorns I have removed from my clothes after the Beadnell activity sessions to tack up paper notes on the pinboard in our office at Seahouses! Bring it on Beadnell Sea Buckthorn! To have had so much backing and support for clearing the Sea Buckthorn on the Beadnell dunes, from local residents, Beadnell Parish Council and from the general public, has been awesome. As much as the Buckthorn may have been originally planted to stabilise a section of the dunes after a collapse decades ago, it has since grown out of intended proportions. Some of the bushes have trunks thicker than my arm! So it’s a massive credit to the volunteers that have attended to have cleared as much as they have done in so few sessions. I know that everyone is looking forward to trying to finish the job in the autumn! 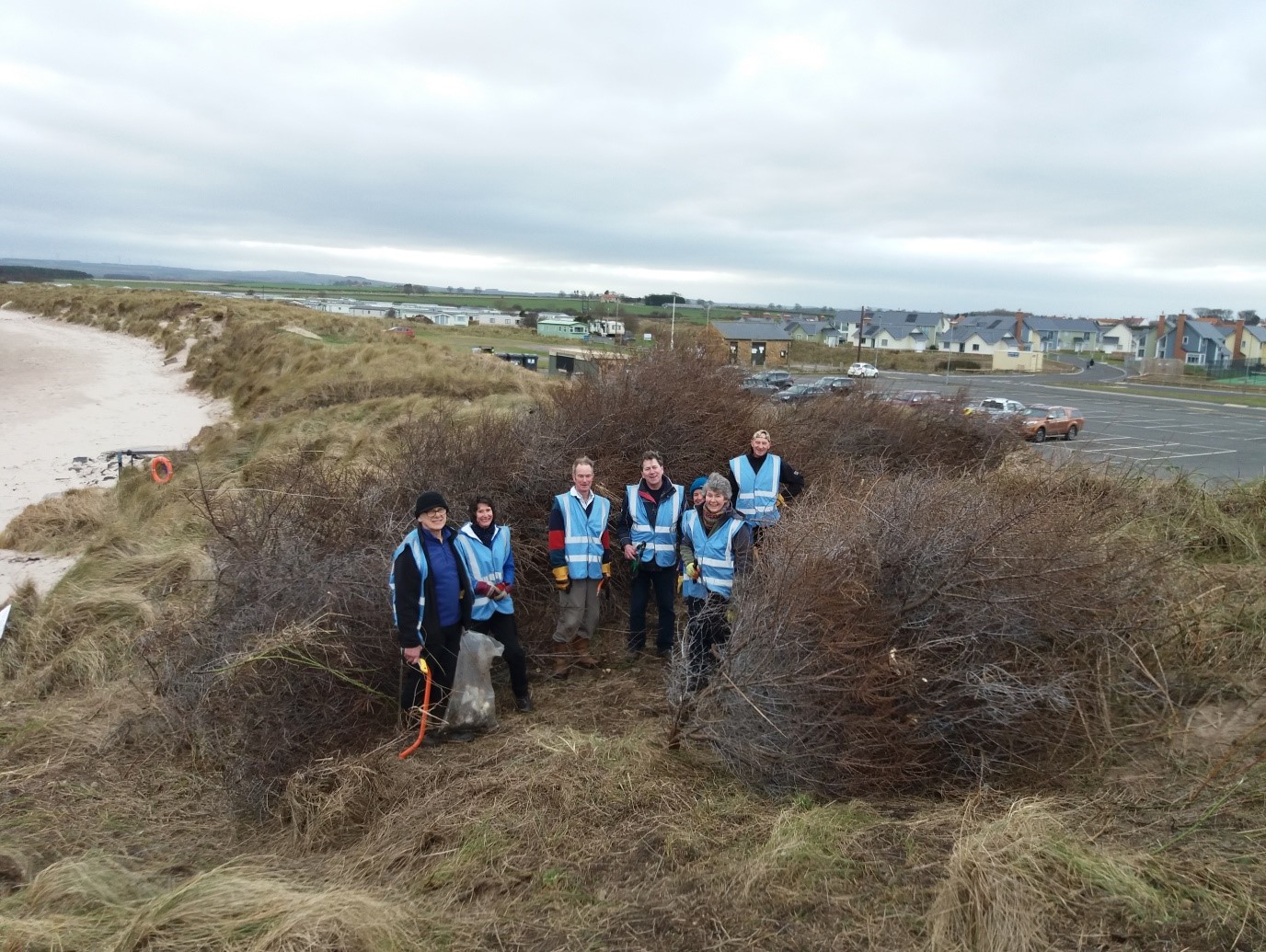 I have been absolutely astounded by the work that has been done on the Beach Cleans to date. It really has captured the zeitgeist of the past couple of years of heightened awareness of ocean pollution and sea-borne plastics. The Beach Cleans I’ve attended with Coast Care have really been an eye opening experience, and it’s also really nice that the activity can be both a social past-time, chatting away and meeting new people while picking up beach litter, and almost a mindful therapeutic experience where you could probably enter a trance of searching and picking up litter or working your way through a pile of seaweed to pick out all the plastic nurdles. In many ways that could be considered a damning indictment of a disposable society, but I prefer to view the fact that people are willing to do something about it and that so many are willing to give up their time for what could previously have been considered an exercise in dull pointlessness – it most certainly isn’t pointless, and the fact that beaches along the AONB coast are obviously cleaner and so many people volunteer for this activity is a great indicator of it’s importance. I’ve also been involved with all the behind the scenes work that goes into supporting the Beach Cleans, which is so much more than I assumed before I began working on this project. Ensuring that there is a trained group of volunteer first aiders and leaders, planning out the locations for monthly cleans, getting landowner permissions, organising the waste collections after the beach cleans, helping make sure there’s enough kit for the cleans – there’s A LOT of logistics involved and the team has worked so hard to set it all up and continue to maintain it as the interest has grown more than was anticipated! 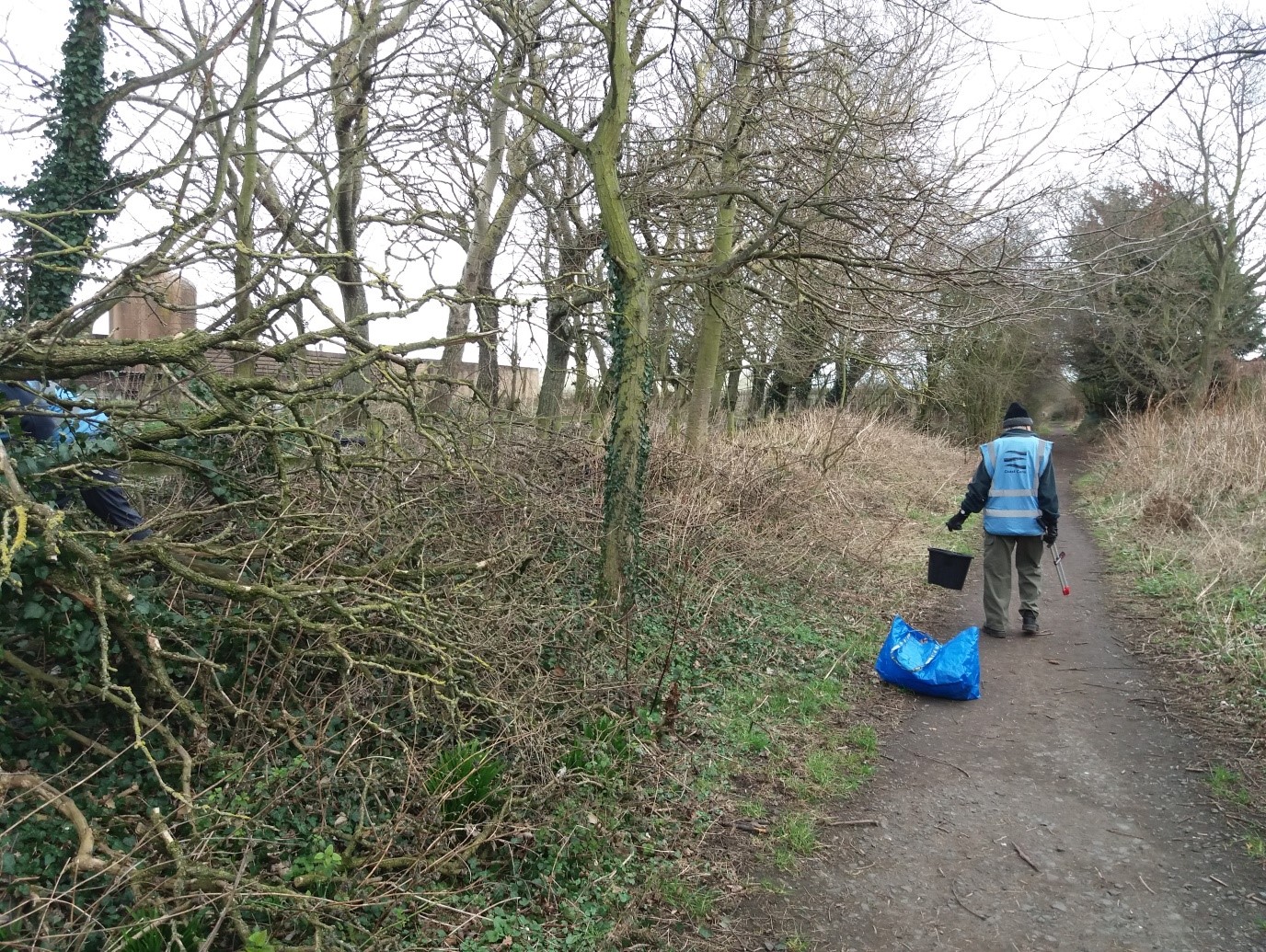 I’m really keen on this part of the Coast Care project because I can see some great potential and benefits from working in Seahouses and on the trail itself. Although we’ve only run two sessions so far, I think the volunteers that have attended have seen what can be done to enhance and rejuvenate the trail which needs a bit of tender loving care, as we all do from time to time! Being able to do a couple of litter picks along the route has helped set up the baseline of tasks that can be done and with such a good route and access, there's opportunity to do much more – from weeding, vegetation clearance, maintaining signage, improving access routes, woodland work, habitat improvement – there’s lots that can be done on any given day, it’ll be simply down to how many hands are available!

So a few months in, yeah, it’s a little bit marvellous!

Look forward to seeing you out on a task soon!!