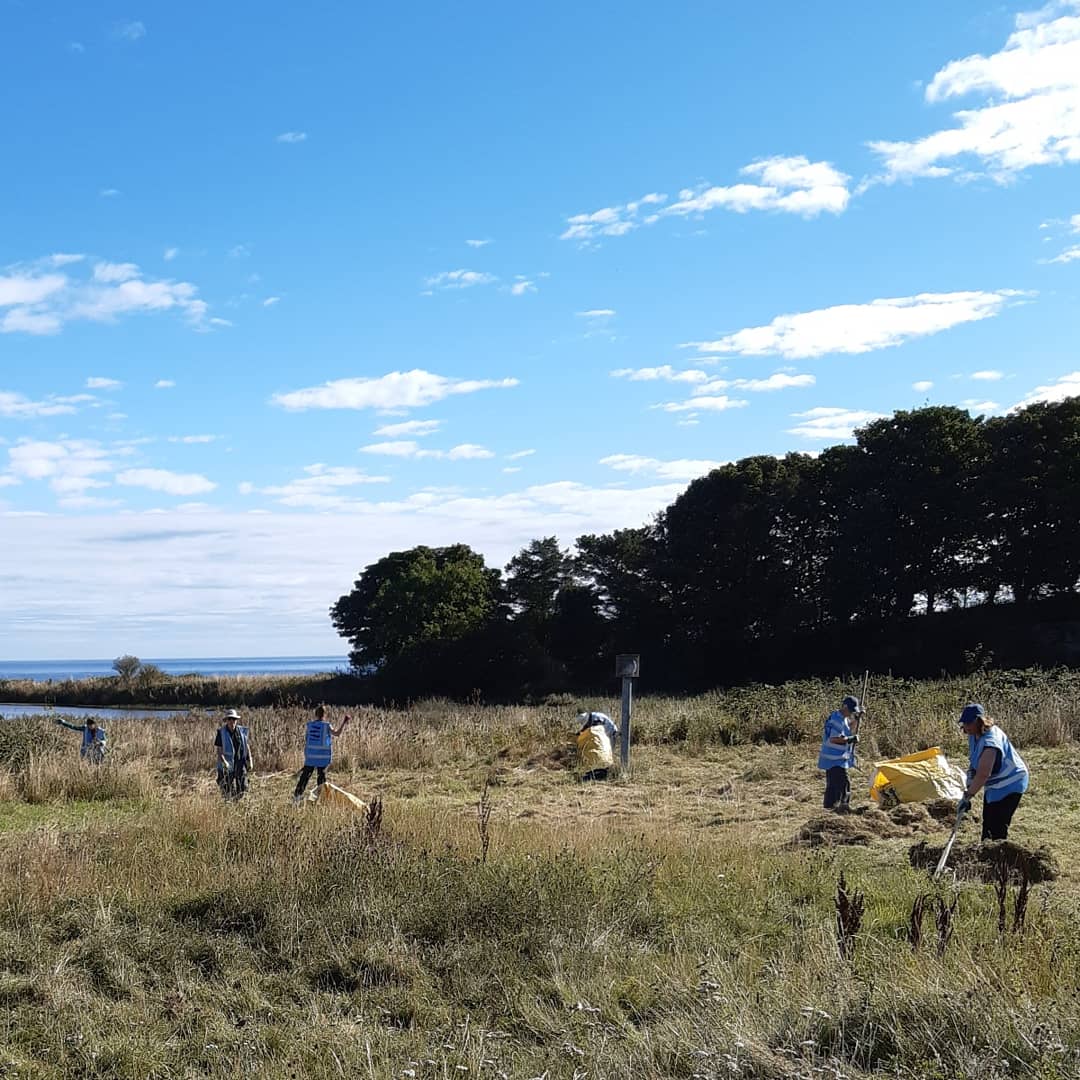 Coast Care Volunteers have been out over the late summer and early Autumn doing a number of Habitat management tasks to help the Embleton quarry nature reserve committee. We have got stuck into improving the grassland sward by reducing the more dominant ruderals like the brambles, thistle and rosebay willowherb in places were they are encroaching and outcompeting the finer grass and wildflowers. Raking up the arisings to remove the nutrients from the meadows and breaking up the thatch and disturbing the soil, encourages the finer grasses and dormant seeds to be re-activated. Its is often hard work- scything, strimming and raking but we have been encouraged to see improvements to the sites botanical and invertebrate records from our historic help on the site.

We have just started helping the committee to get access to the old Quarry house so that it can be retained as a managed ruin and habitat feature. The Victorian Whin stone building has been neglected for a number of years and had fallen into ruin.

Coast Care volunteers are in the process of helping cut back enough of the strangling vegetation and scrub so that the building can be surveyed and made safe, but still retaining the valuable habitat that the surrounding scrubs gives to the flocks of tree sparrows and other species that have grown accustomed to calling the quarry house their home.