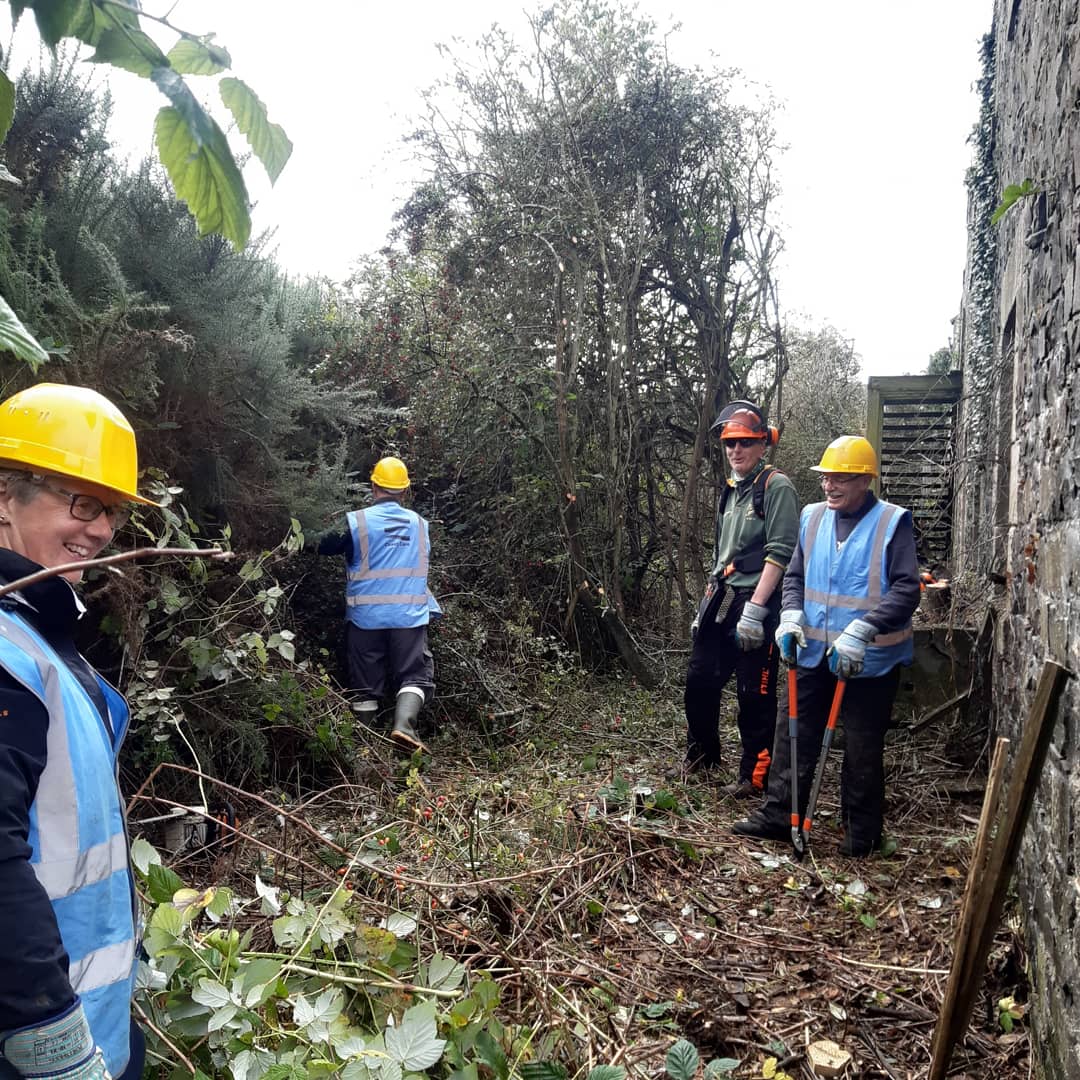 Over the last few weeks we have been helping the Embleton parish working group, in getting to grips with the vegetation that had grown around and into the Quarry house building, masking it from a generation of prying eyes.

As Star Treks Cpt J T Kirk would have said "where no man has gone before", well they had, but by judging on the growth a very long time ago, with Hawthorn and Elderberrys growing out of the drains and under the foundations, and 10ft raspberry canes and 2" thick brambles to contend with, we carefully hacked our way in and around the buildings perimeter to reveal the original Whin stone quarry building in its full glory.

The front of the building revealed a set of timber exterior stairs to the first floor which would have had a fantastic view out over to Dunstanburgh Castle, to the rear of the building we found period cast steel pillars holding up the lintels of the old stables where the quarries working ponies would have had livery.

Coast care volunteers relished the task of removing the vegetation to allow the surveyors to get accessibility to the building, but sensitively retaining as much as we could of the valuable scrub cover which is an essential habitat for many birds and other wildlife within the reserve. The task was made easier by some glorious 20'c autumn sunshine and many pairs of willing hands. We will continue to support and help with the Embleton quarry Nature Reserve project over the coming winter months where there is lots of habitat improvement works planned.