The Impact of Volunteering at Beadnell Bay 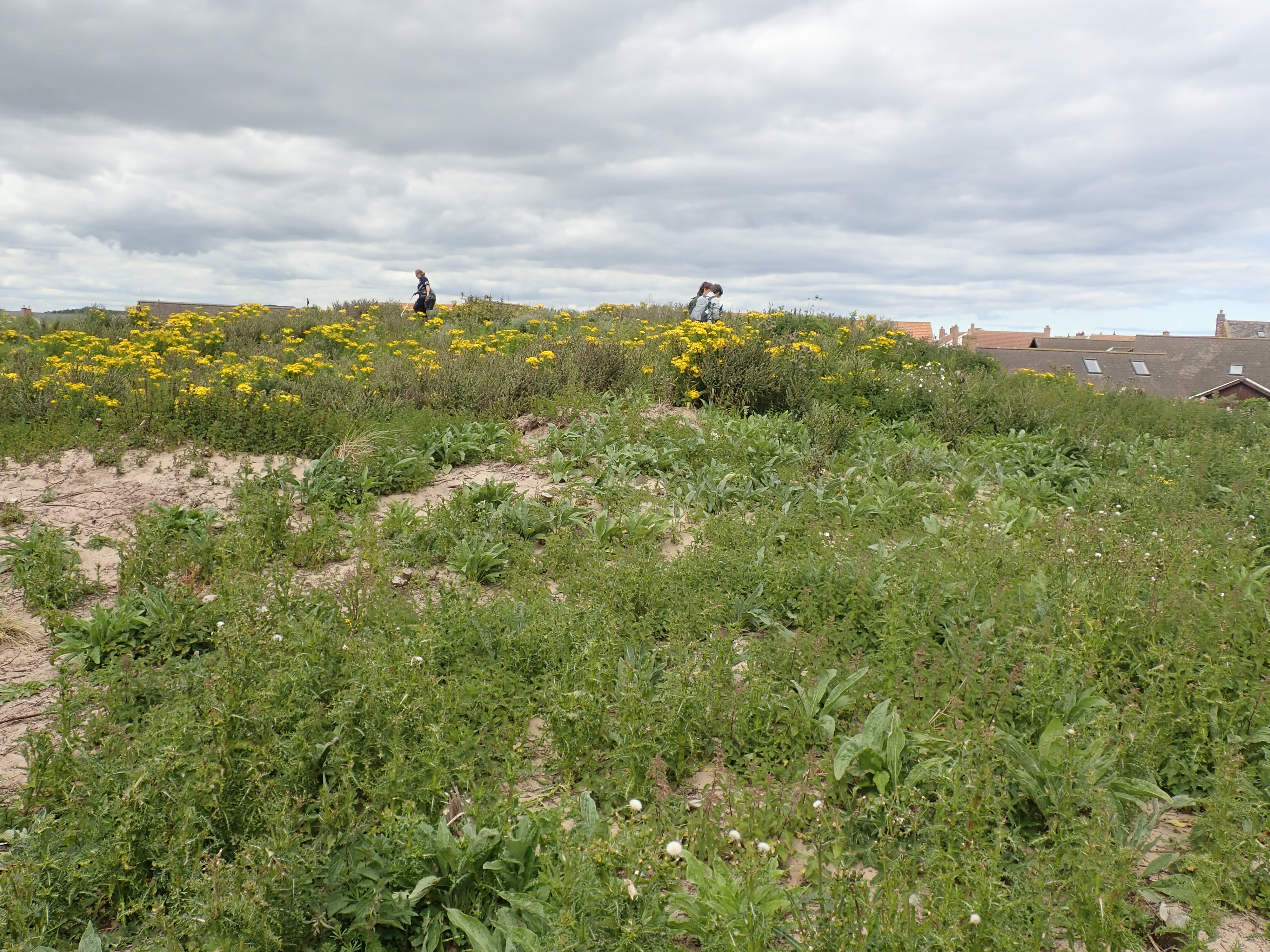 This summer a team of Coast Care volunteers surveyed an area of fixed dune within the SSSI at Beadnell Bay.

A sand dune is known as a fixed dune once the succession process has increased the amount of organic matter and nutrients in the soil. This allows more plant species to grow and has a knock-on effect on the biodiversity of insects, birds and mammals. We wanted to survey this particular area because we have been involved in a project with volunteers and local residents to remove Sea Buckthorn from the site, so it was important to return to see what impact our efforts have had on local wildlife. 37 people have given a mammoth 710 hours to this project, so it was fantastic to have a chance to see what affect such a huge donation of time has achieved. 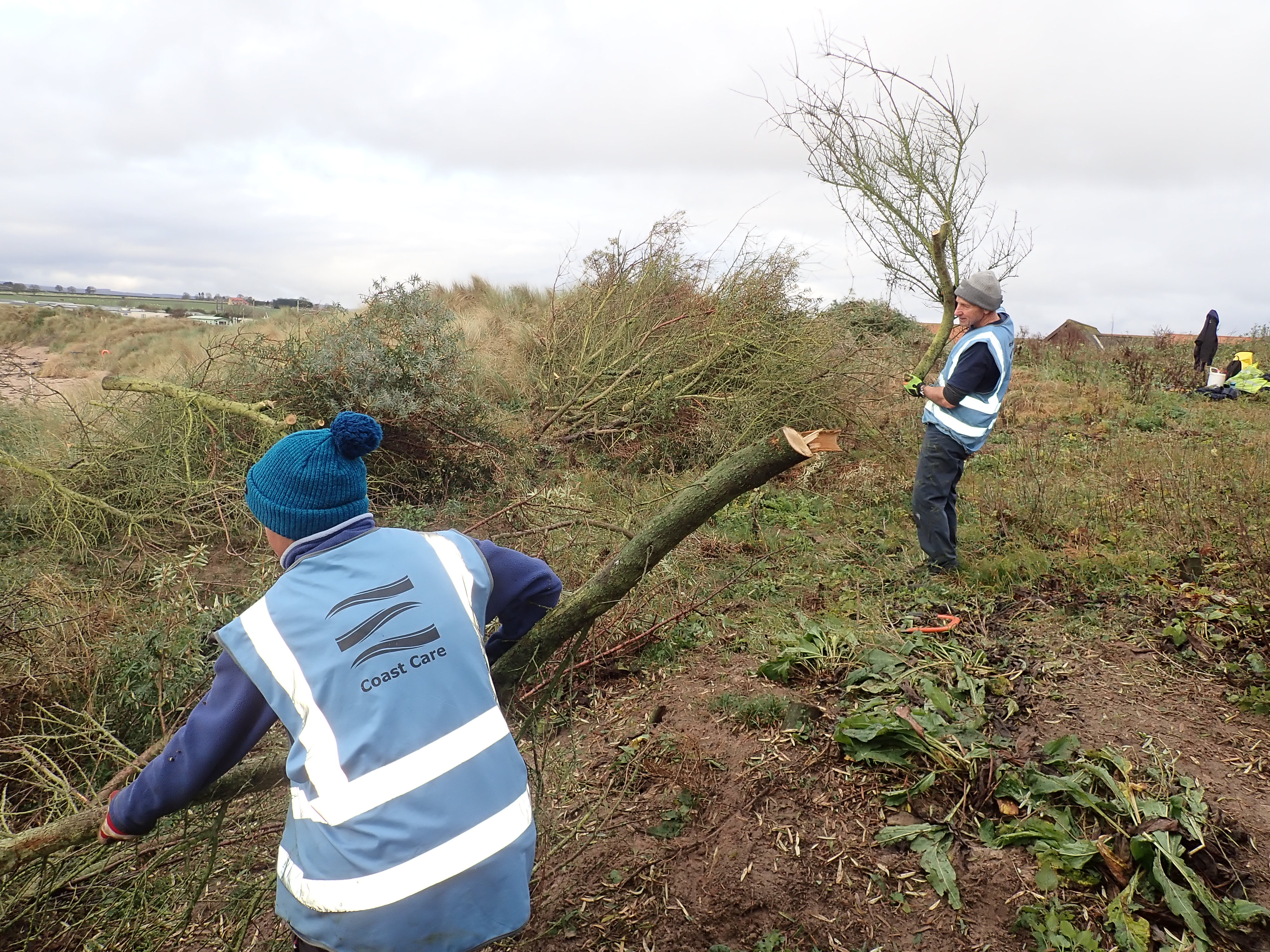 Sand dunes are an ever-changing habitat. They are a great example of ecological succession. This is a biological process where communities (groups of plants and animals) replace each other in a somewhat predictable order. What you see as dunes age is a gradual change from bare sand to flower-rich dune grassland, and then eventually woodland if the process is left undisturbed for long enough.

Sea Buckthorn is a shrub found in fixed dunes along our coastline. While it is native to certain areas of the east coast, it isn’t native at Beadnell. It was planted years ago to help stabilise the dunes and protect them from erosion. This was effective but Sea Buckthorn can be very invasive, and at Beadnell it was dominating the area and crowding out other important dune plant species. It was also beginning to spread onto a public right of way so it needed to be removed. Sections of buckthorn have been left, and the root system is still in place so will continue to protect the dunes from erosion. We’ve also planted native Marram Grass plugs where the Sea Buckthorn has been removed to do the same job without out-competing other plants. It was great to return to the site during the summer and see so many plants recolonising the area. Removing the Sea Buckthorn has also given us the opportunity to tackle invasive Pirri-Pirri Bur which had covered large areas underneath it.

The site once Sea Buckthorn had been removed

Once the invasive plants were removed we expected ecological succession to start again, so we thought we would find plenty of coloniser species. We didn’t find as many of these as we expected though. It seems that the presence of Sea Buckthorn has increased the amount of organic matter and nutrients in the soil, allowing species such as Common Nettle, Thistles and Ragwort to take hold quickly and out-compete the coloniser species which thrive in nutrient poor soil. Volunteers did uncover plenty of these more typical coloniser species though, such as Sow Thistle, Speedwell, Restharrow, Prickly Lettuce and Houndstongue. This is great news, and the hope is that with time (and perhaps a helping hand) the level of nutrients in the soil will drop, allowing more key dune species such as Common and Seaside Centuray, Lady’s Bedstraw, Bird’s-foot Trefoil and certain orchids to grow. It will be important to continue to monitor this process to record its transformation. 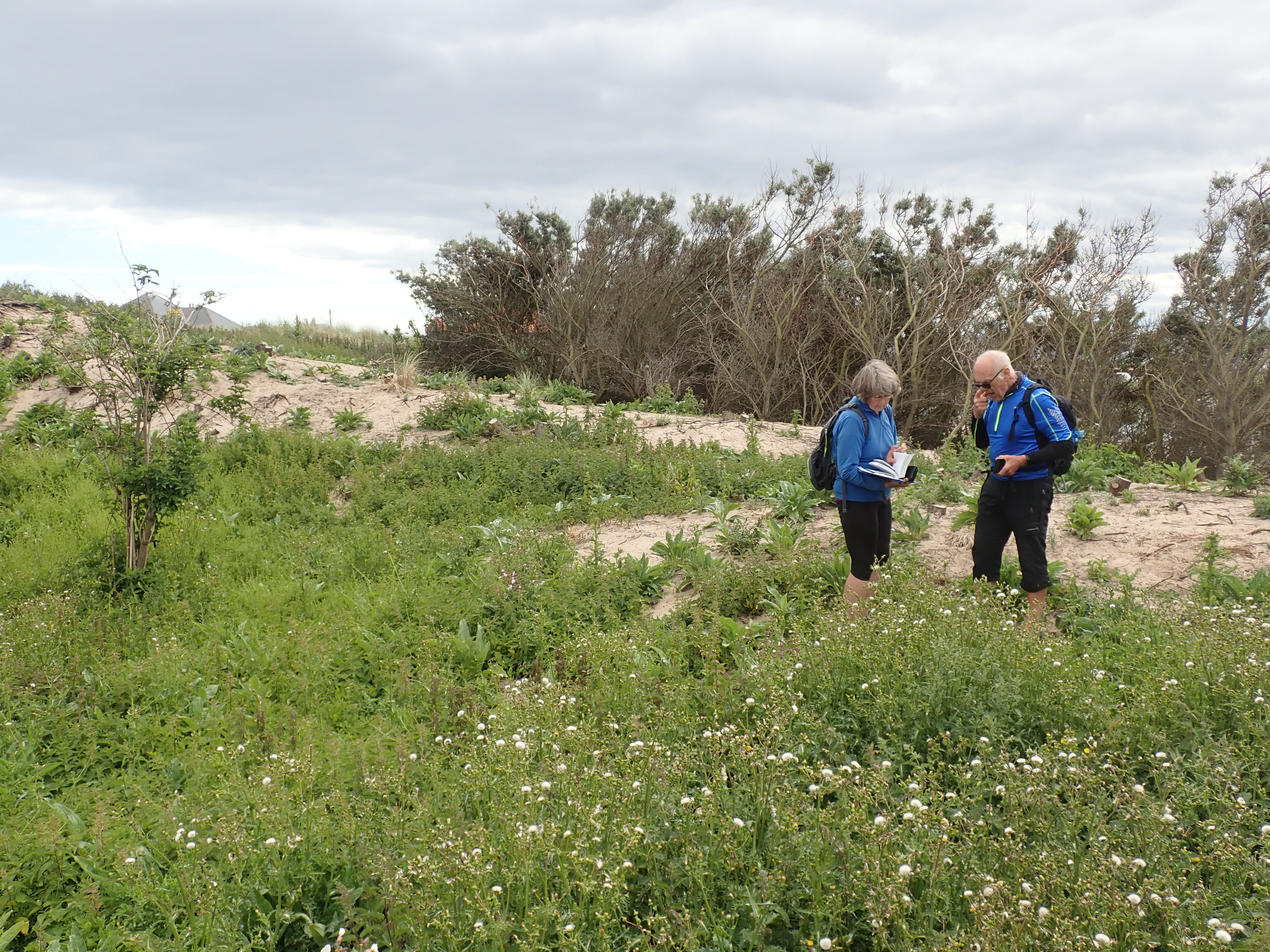 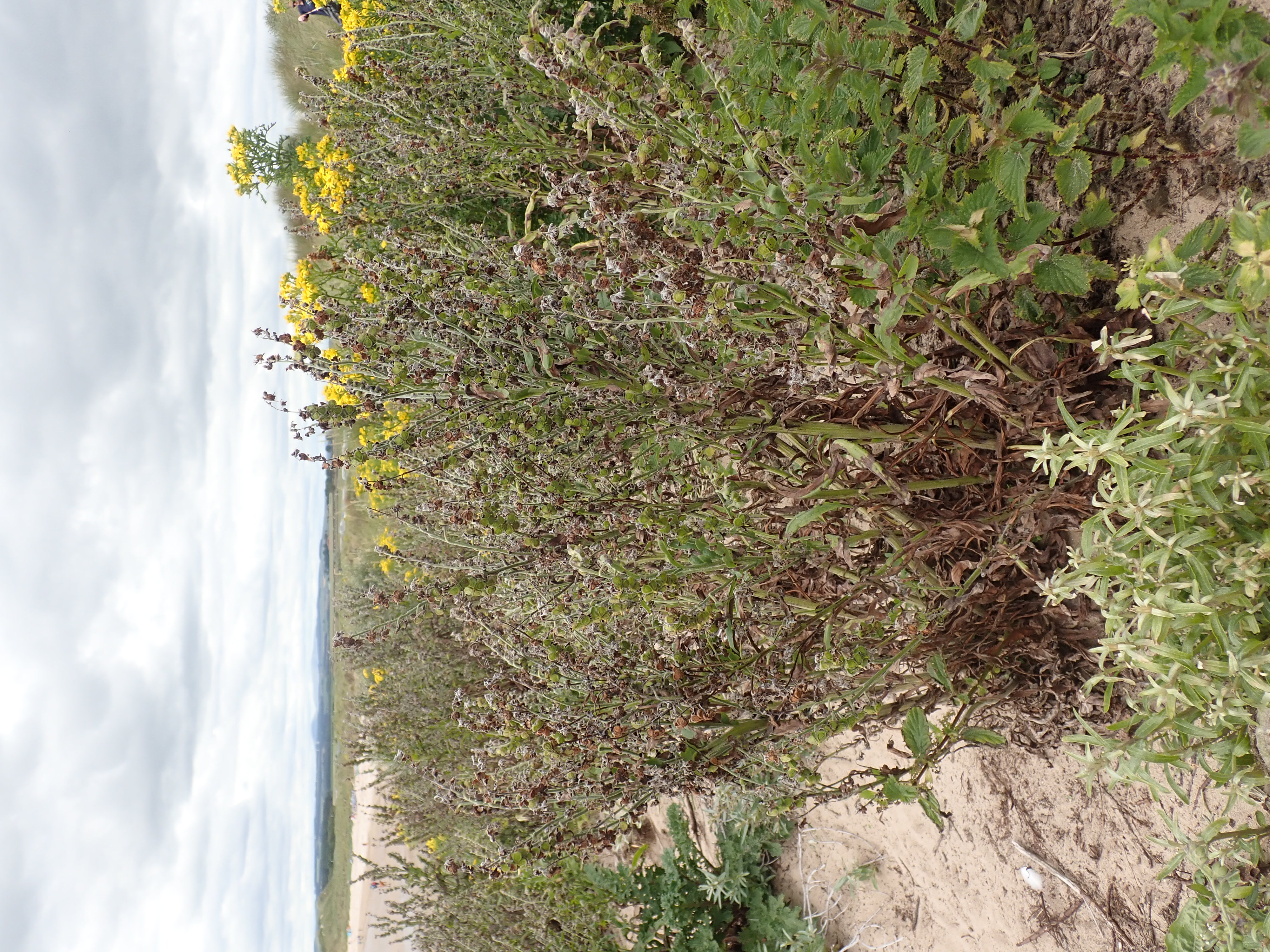 Houndstongue - one of the new species on the site

Despite the lack of certain important plants at the moment, the area is attracting plenty of wildlife. While we were there House Sparrows, Linnets and a Meadow Pipit were spotted, and there were lots of butterflies and bumblebees feeding too. We even spotted a Common Lizard basking on a fallen branch!

Thanks to everyone who's given time to this project!