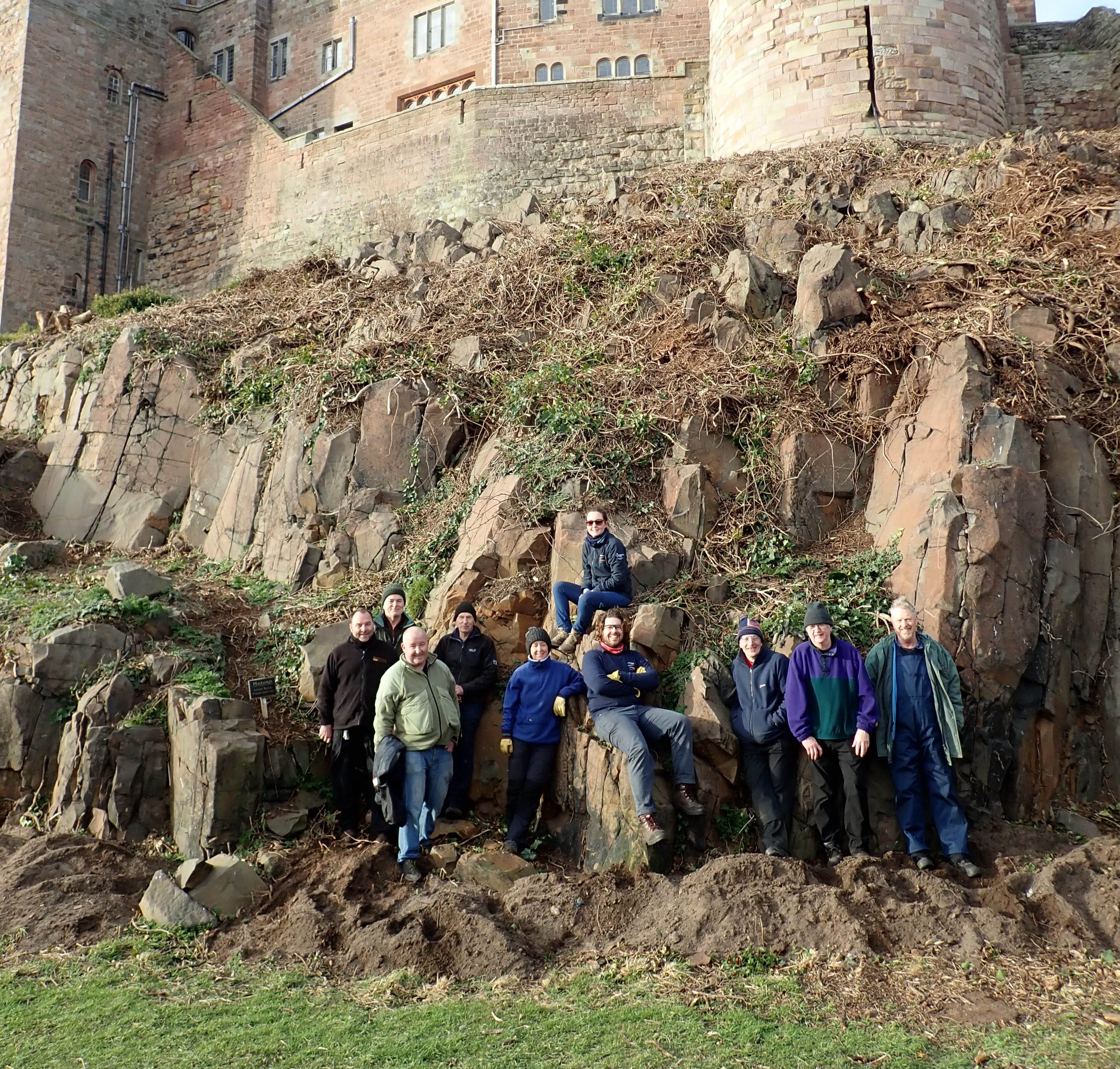 A recent plant survey undertaken by Coast Care volunteers has revealed that our work at Bamburgh Castle has increased the diversity of this iconic historic location.

Volunteers have been working on behalf of the estate to remove Ivy (Hedera helix) from the ramparts of the castle. Ivy is a native species and is valuable for wildlife as it provides food and shelter, but it can be very invasive. Vast swathes of it have taken hold on the castle grounds and are out-competing other plants so it needed to be controlled. This was particularly important as the castle sits on the Whin Sill, an important geological feature which supports a rare grassland community of plants which is almost unique to Northumberland. As this habitat is so rare, Bamburgh Castle were keen to remove some of the Ivy from the ramparts to allow native species to regenerate. To learn more about this, read our blog from September 2019 here. 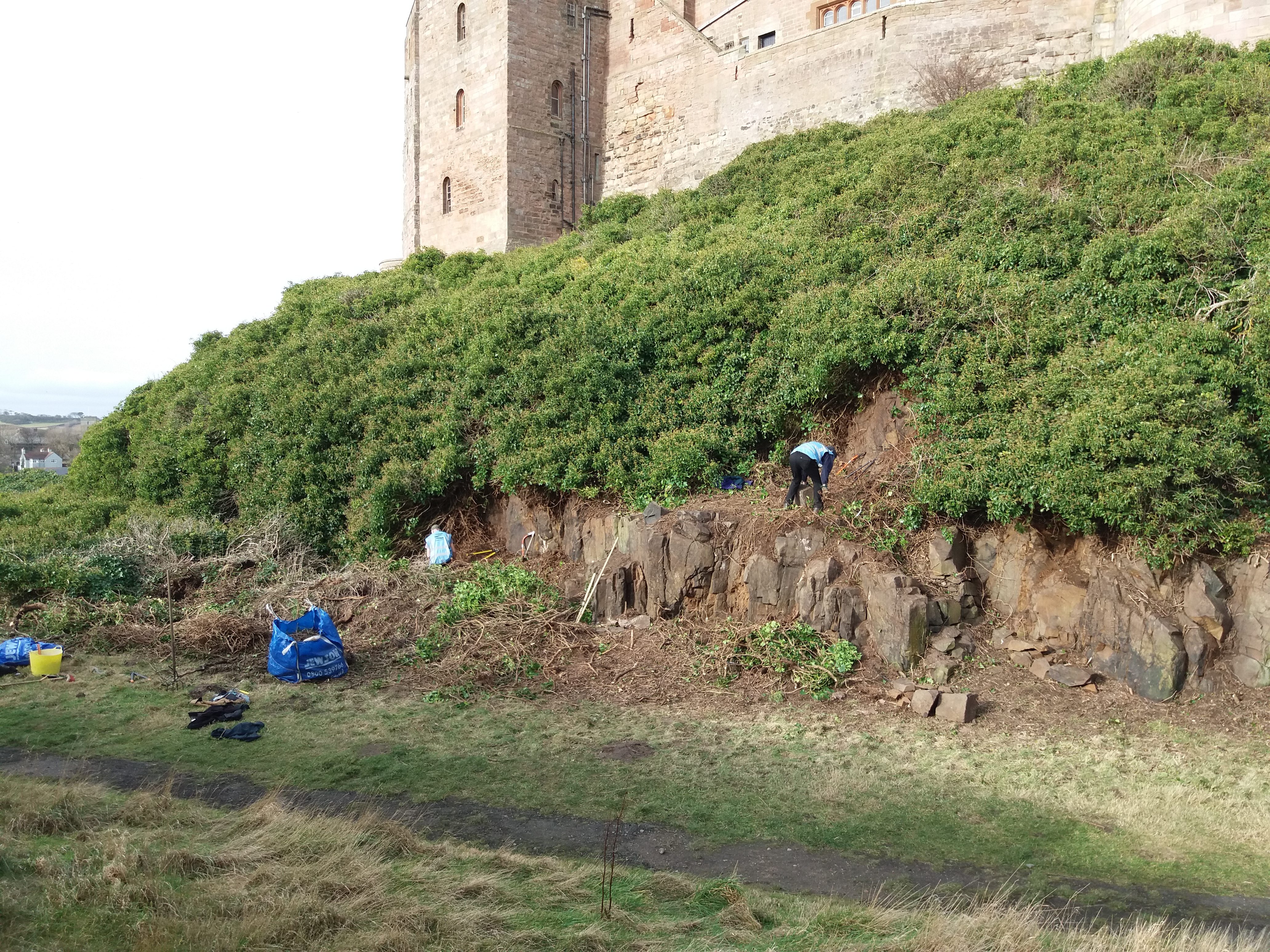 Before - volunteers beginning to remove Ivy from the castle ramparts 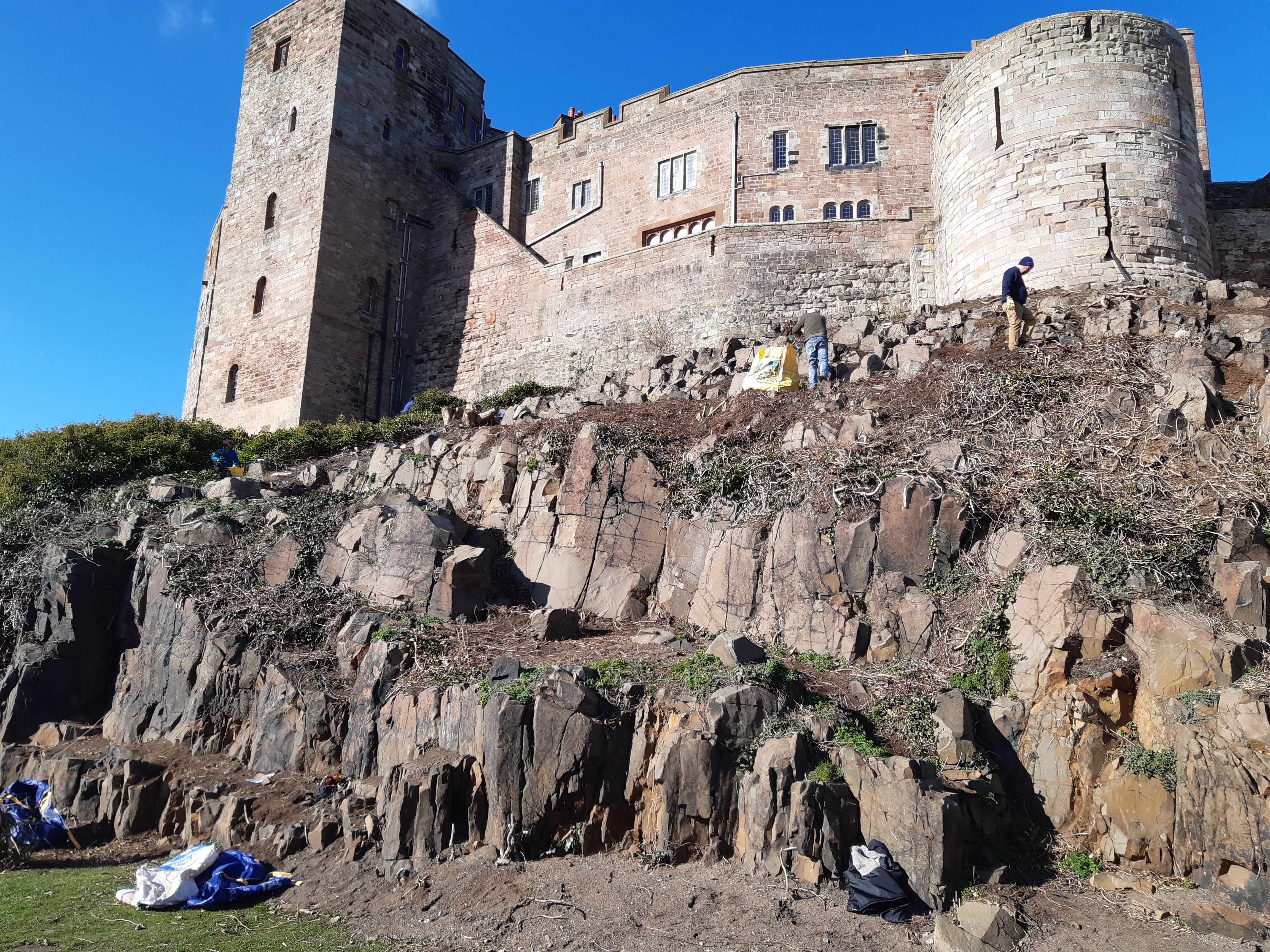 After clearing the Ivy, plenty of space for different species to grow!

The Coast Care Young Rangers kick-started the work in January 2018 before passing the project over to Coast Care’s regular volunteers. 34 hard-working volunteers turned out in all weathers and spent over six hundred hours at the castle. The Young Rangers returned to the site this January to remove the last few patches of ivy and roots. We finished at the site shortly before lockdown so as not to disturb birds during their breeding season, but once restrictions lifted a small team returned to survey the area. We returned in August, at the same time of year as a survey in 2019 to give a full years comparison with last years data. We were delighted to be selected by BBCs Countryfile to be part of their Bamburgh episode. We joined by Anita Rani and a BBC film crew from Countryfile. Watch our inspiring volunteer Joyce’s interview on the Bamburgh special here as she talks about what species were found in this year’s survey.

We’re pleased to report that all the hard work has paid off! A survey last summer found that the site was already recovering, and had transformed from a monoculture of Ivy with very little other life to a more productive area with 24 plant species that weren’t present when the work began. This was a great start, and we were overjoyed when the most recent survey uncovered a total of 45 species. Among them was Stonecrop, a Whin grassland plant. We’ve already seen a notable increase of wildlife using the area too. There are plenty of insects feeding there, including important pollinator species. When we first started work on the site there was a noticeable lack of invertebrates in the soil. Earthworms and snails can be spotted now though, and Wrens and Blackbirds have nested close-by and have feasted on this new food source. During the summer Swifts and Swallows soared overhead and were finding plenty of food too. Other birds have been visiting as well, including Willow Warblers and Goldfinches. Rob Turner, staff member of Bamburgh Castle who has worked with us on this project says “The work undertaken by the dedicated Coast Care volunteers has demonstrated the value in clearing the monoculture of ivy from the rock face at Bamburgh castle. The increased diversification of flowering species will surely benefit wildlife, proof of which has been observed by the survey work of the volunteers. They should feel proud to have made such a vast difference in such a short period”. 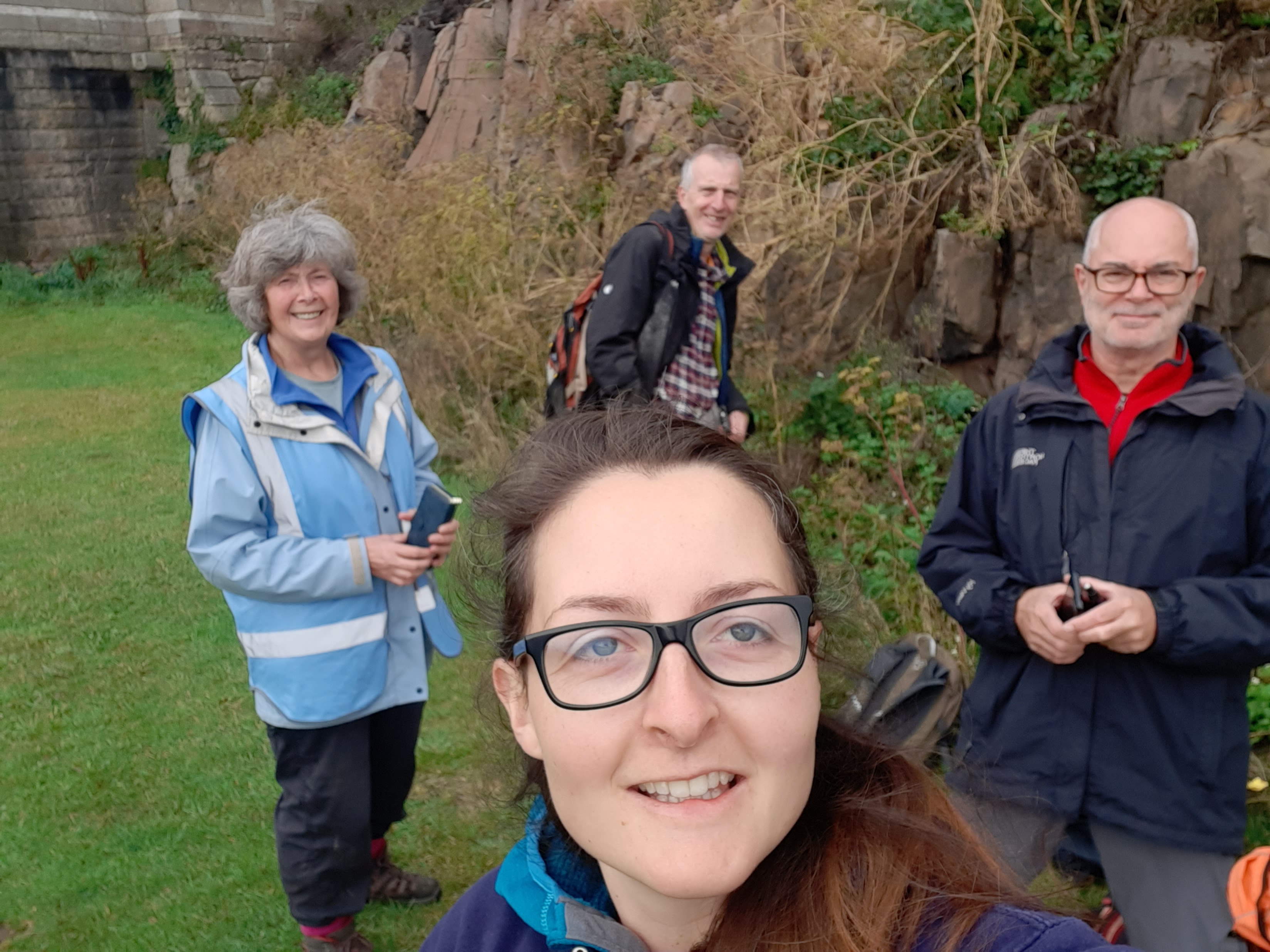 A huge thank you and congratulations to everyone who has been involved in the work at Bamburgh Castle! Your hard work and dedication is already having a real impact on wildlife in the area, one which should last for years to come. A particular thank you has to go to our lead volunteers Joyce and John, who’ve both put many hours in at Bamburgh to lead on sessions and are a huge reason for the success of the project.